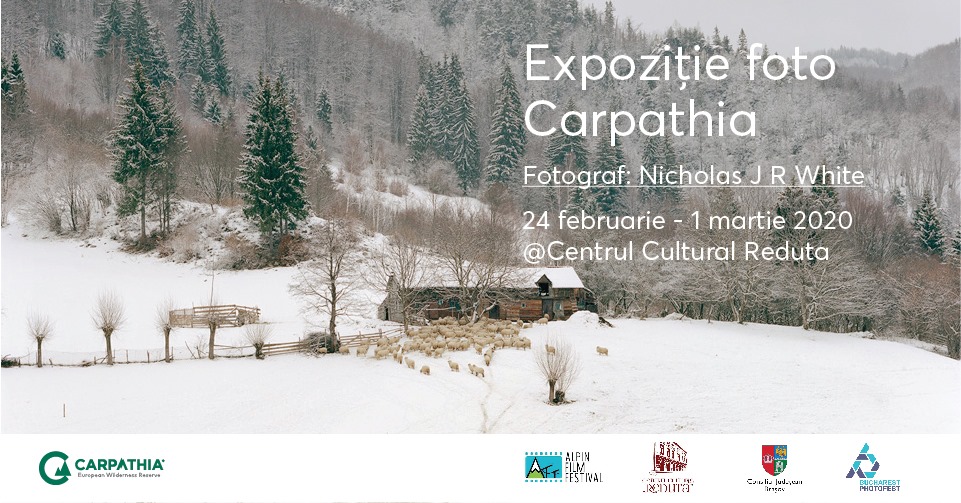 Launched at the most important international photography festival of Bucharest, Bucharest Photofest 2019, the photo exhibition “Carpathia” will be an invitation to dialogue at Alpin Film Festival.

A work-in-progress by British photographer Nicholas J R White (www.nicholasjrwhite.co.uk), documenting the ongoing efforts of Romanian NGO ‘Foundation Conservation Carpathia’ as they work towards forming a new European Wilderness Reserve in the heart of the Southern Carpathian Mountains,for the benefit of biodiversity and local communities.

Working closely with the FCC, “Carpathia” documents the work undertaken by the organisations team of rangers as they embark on an ambitious wildlife monitoring programme spanning approximately 100,000 hectares. Scenes of delicate interactions with the land, set against the magnificence of the Carpathian landscape, emphasise the mammoth undertaking of the FCC and act as a visual archive of the rebirth of European wilderness.
Cover photo: Nick White
#conservationcarpathia #muntiifagaras #carpathia #fcc